being a strong woman…

I don’t wear chaps, ride a Harley, or own a power suit, but I have been called a strong woman.

She’s bright and bold and blonde. The recent college grad with brave determination and golden locks asked a serious question at our Propel Women curriculum recording. In a room full of women in the marketplace, ministry, and motherhood, she asked a question about being strong. But not in the sense of physical fortitude; she had been called a strong woman and wrestled with the implication that it was a bad thing.

The two words independently are positive.

But when strung together, the pejorative tone and negative tenure makes one feel that if you are called a strong woman, you might as well be labelled bully, beastly, or brutal.

The question was answered in the round table discussion of which I was a part, but because of time, I couldn’t proffer a response. However, her question gnawed at me because I’m not sure we are providing language for the next generation that is aptly equipping them to be who they are created to be.

I don’t wear chaps, ride a Harley, or own a power suit, but I have been called a strong woman. Like the college student had stated, the label wasn’t an identifier more than it was an insult. I was devastated by the comment and clearly the one who said it was threatened by my assertion and authority. Not wanting to be perceived as a woman out of line or mongering for power, I wilted and tried being meek and mild. [Somehow meek and mild are feminine characteristics, instead of biblical attributes, but whatevs.]

Ten years later, as a employee of a global NGO, Creative Director, pastor’s wife, and stepmom, I have appropriated the label of strong woman to be an honor, not an insult. Let me explain.

But–to quote Joseph in Genesis 50:20–what people intended for evil, God will use for good. The pejorative term Christian is now the label I proudly wear. I am unabashedly a follower of Christ and wear the title with pride.

In the 1950s, our African-American brothers and sisters were called ni**ers as a term to slur and shame. But appropriation is a powerful thing! Around the 70s and 80s, artists, writers, and progessives began to reclaim the word and today the term is used from a platform of ownership over language and redefining intent. [Note: some still have an aversion to this word and I do not endorse or use this word, but for sake of appropriation, it’s a good example.]

When we appropriate language and create context, we can take a word that was meant to dishonor and appropriate it in a way that provides camaraderie and clarity.

I’m no longer offended or hurt when someone refers to me as a strong woman, because I am a strong woman. I’m unwavering in my convictions, committed to truth, fiercely determined, and unable to be silenced when God is urging me to speak. 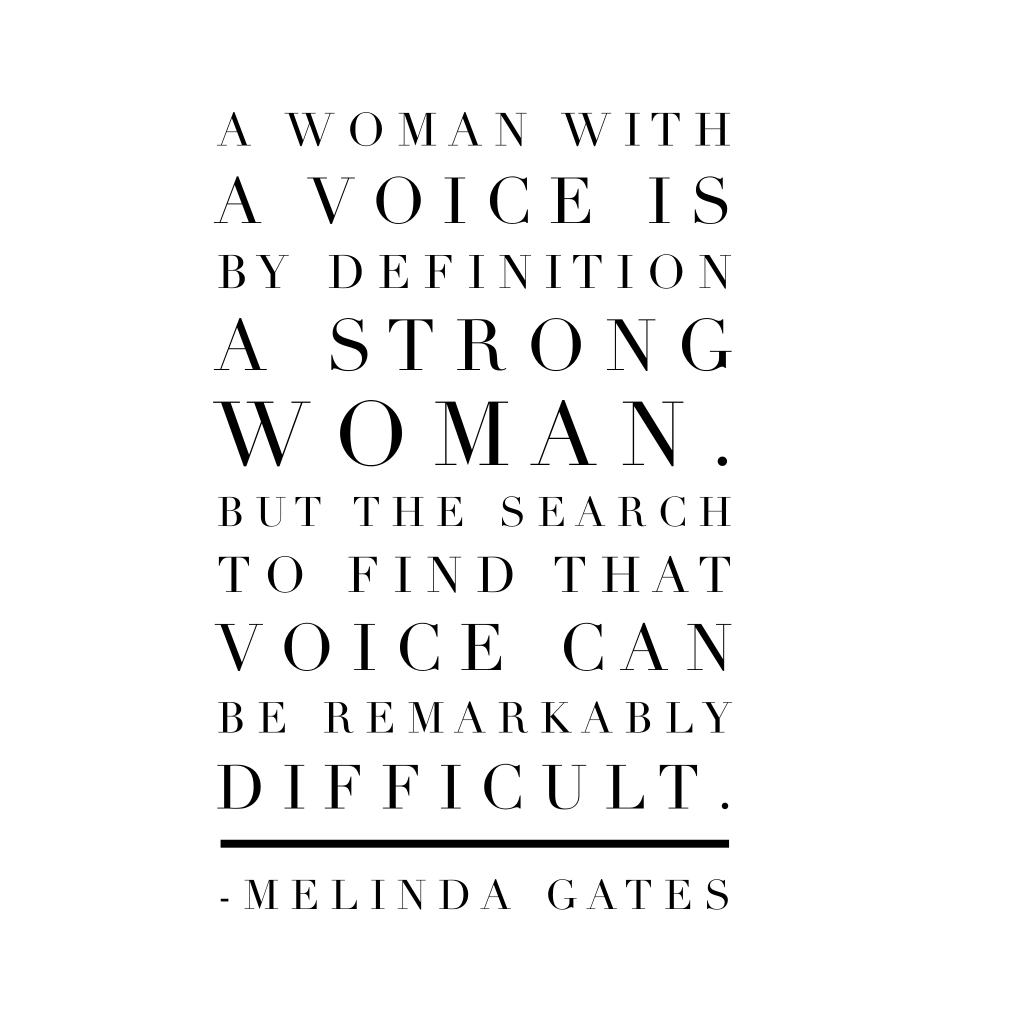 Melinda Gates once said, “A woman with a voice is by definition a strong woman. But the search to find that voice can be remarkably difficult.” To those who feel silenced, squashed, or scared, be Christlike and be confident. Christlike in our actions and confident in our convictions.